Brought up in 1970s Belfast during the Troubles, Chris planned for years to escape Northern Ireland and ride a motorcycle to Australia. But the Iranian revolution closed the road east and he spent the next two years traveling the world on trains, planes, bikes and yachts.

After blasting through blizzards in the Austrian Alps, he found himself trapped in Israel, then in Syria and Jordan, being held up by local Militia with machine guns and fighting off homosexual custom officers.

He rode his Moto Guzzi Le Mans across the Sahara, through the forests of Sudan, Uganda and civil war in Rhodesia, to witness riots and apartheid in South Africa. Exaggerating his sailing experience he bluffed his way onto an Ocean yacht race, back to Europe.

Roaming round North and South America like a nomad he traveled through 33 countries and over 5 Continents. While he never discovered the road to Australia, he found out much about himself and the world we live in.

The book is not just about motorcycling, or sailing the Oceans but more a coming of age story; revealing how the stresses and strains of solo traveling through the Third World can alter a young man’s personality and challenge their sanity.

Chris was one of the last true explorers to set out to discover the world, before the internet age brought the globe down to the size of a pea, and changed traveling forever. 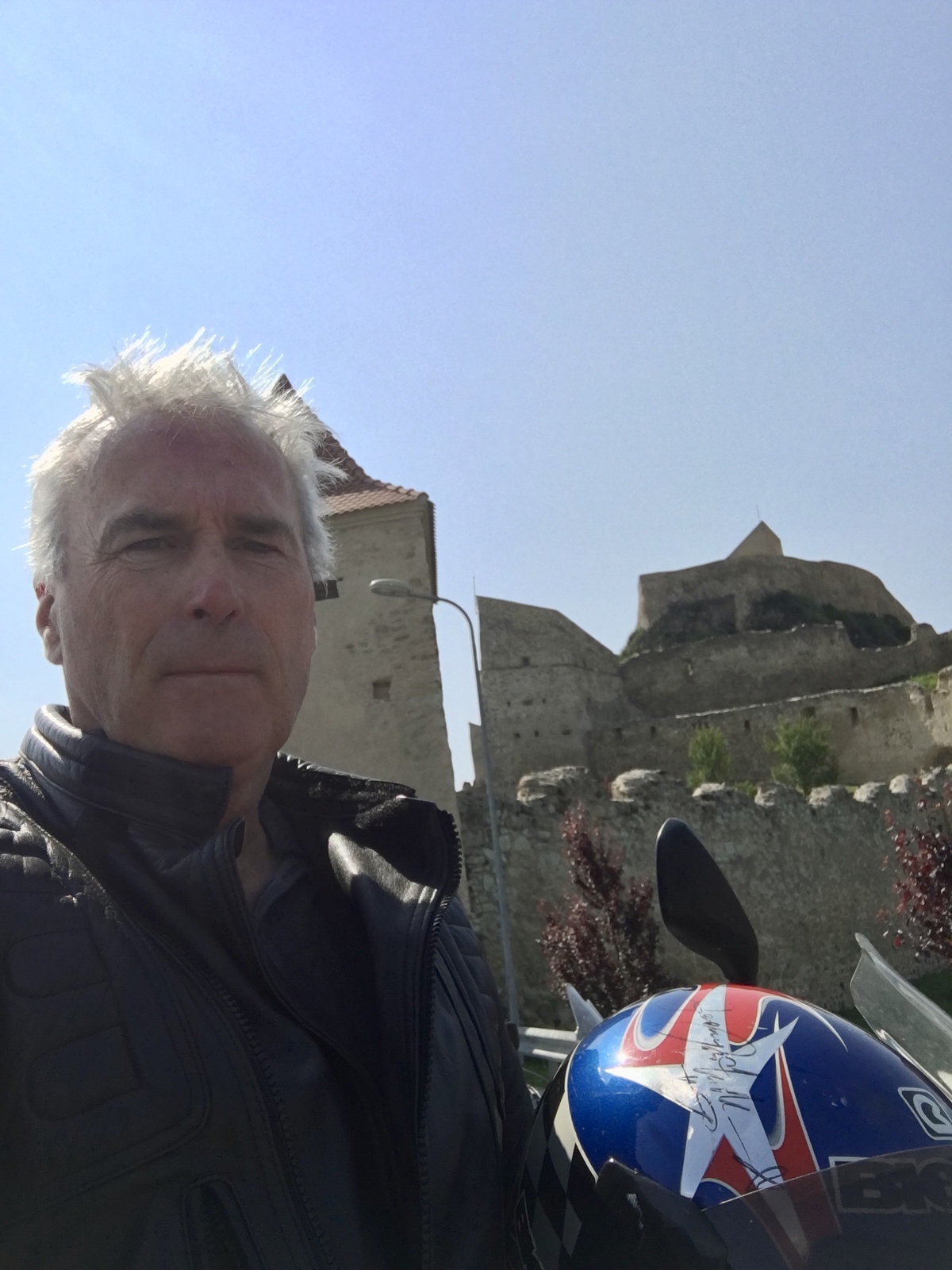 Chris now lives in Belfast with his family, after spending the 8 years in Dubai, where he ran a Mobile App development company.
On his return from South America in 1981 he took over the family furniture shop in Belfast, which he transformed into a successful property business.
During the financial crash in 2010, the Ulster Bank took over his property business; he self litigated and got his properties back.
The journey still impacts on his life after 40 years. He now works with Jeff Arditti from North Carolina selling furniture around the world, and in Dubai Chris and his family lived on a 47ft sailing yacht, which they sailed regularly.
His hobbies include sailing and flying, and he even built his own airplane. He still has his Moto Guzzi Le Mans, and some years ago he rode it to Moscow with his future wife, Julie,.

He continues to go the wrong way, whenever he can, and he still wants to ride to Australia.
Chris is married with two children.